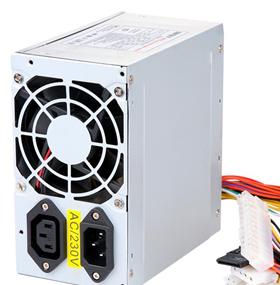 Well-known domestic mechanical and electrical manufacturers Xin Gu, since the birth of its RP Renault series power supply, has been deeply recognized and trusted by consumers. In today's increasingly resource-constrained world, people are increasingly pursuing energy efficiency. Xin Gu RP series power supply products is starting from this point, towards the majority of players effort to build high-cost power goals.

Xin Gu RP450 power supply rated power of 350W, using a single +12V output design, +12V total output 25A, +5V and +3.3V output were 15A and 21A, to deal with multi-core alone significant platform more than enough to fully meet the mainstream users The need for power supply. The power supply not only uses an active PFC and two-transistor forward circuit design, but also has an input power range of 150V~264V, a maximum conversion efficiency of 80%, and multiple protection (overcurrent/overvoltage/overload/overheat/short circuit).

Xin Gu RP450C patriotic power supply, is a special version of the RP450 power supply, which is oriented to the balance of mainstream mass players. RP450C Patriotic Edition is a power source that uses â€œself-improvement of domestic goodsâ€ to go to daily sales as its main selling point. The original Japanese rectifier bridges and PFC MOS tubes of the power supply are all replaced with other domestic and American-made materials, while others are based on the original RP450 Taiwan and Korean brands. Of course, their overall performance is never lower than the original. There are RP450 levels.

Xingu RP650 power supply has a rated power of 550W, adopting a +12V dual design, +12V1, +12V2 is 26A. Active PFC + dual-transistor forward topology, which is a more mature program on the market. The power supply complies with the ATX2.3 standard specification. The excellent workmanship translates into a conversion efficiency of 85% under typical loads, with significant energy savings. The power supply has also been particularly strengthened in terms of heat dissipation. In addition to the basic hexagonal honeycomb holes, powerful 120-mm intelligent temperature-controlled fans and ultra-thick metal heat sinks are a major feature.

Edit Comment: The biggest difference between Xingu Power and other brands is that the characteristics of its long wire, including the CPU and the motherboard output lines are as long as 75CM and 65CM, which is not a problem for the back of the line in the tower chassis. At present, the four models of the Xingu Renault RP series power supply are sold within the national sales scope. Recently installed friends may wish to pay attention to the latest information Xingu. Unlimited power supply, Xin Gu RP series power all attack!

Screw type PCB wiring terminal, the structural design takes into account the characteristics of convenient wiring and solid screw connection. It can connect all types of conductors with a cross section of 0.2mm to 35mm, with a spacing of 2.5mm-19.0mm.