Editor's note: What I want to introduce today is a part of a car. It is like a ghost. Sometimes it appears in a conspicuous position, sometimes it can be found; some have a long look, others are like designers. A masterpiece of hangovers. If in the past, you will definitely say that it is insignificant, but look to the future, especially in the field of autonomous driving, it will play a pivotal role.

What I want to introduce today is the new car antenna system.

Thanks to the development of electronic communication technology, today's car antennas have been separated from the straight-line appearance restrictions of the past, "evolving" a variety of different shapes and functions, they are no longer limited to listening to radio, but cover wireless remote control, GPS and 4G Internet access and other functions. With the approach of the 5G era, various new technologies are likely to completely subvert the existing concept of car driving. All these new technologies, including car-to-car communication, car AI, etc., cannot be separated from the communication between the car and the outside world. The only hardware foundation of the communication lifeline - the antenna system, its status will also rise.

Due to space limitations, this article only lists the structure and application of several new automotive antenna systems, simple principles, and future directions. Trying to create a new "car antenna" folder in everyone's mind. 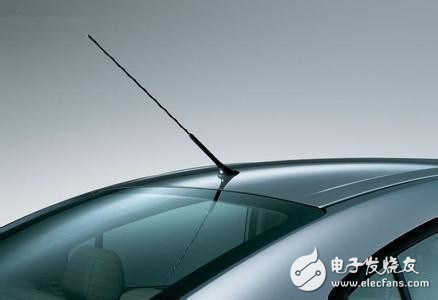 The picture above shows you not the rear windshield of the car, nor the wire of the electric heating system, but an antenna integrated in the rear window glass (source: the popular sagitar of the author), which is marked in red. Part is the AM antenna, blue is the FM antenna, and green is the FM/digital broadcast signal antenna.

Is such a car "antenna" beyond your understanding?

The two FM antennas here make up the simplest multi-source antenna system. The broadcast will automatically select the signal of the receiving antenna as the signal source, or simply superimpose the two signals to improve the signal strength. Such a system does not require the addition of an "antenna", but intercepts part of the electric heating wire to be used directly by the antenna, so skillfully conceived to achieve the effect of making the entire system "big and faint".

The antenna integrated in the glass was first invented by Heinz Lindenmeier, a professor at the Federal University of Munich, and later became the standard technology for the automotive antenna industry. To circumvent the interference of automotive engines and other electronic devices, most antenna options are integrated into the rear window or side glass.

If the antenna in the above picture is still traceable. The integrated antenna shown in the picture below is really "difficult to trace". 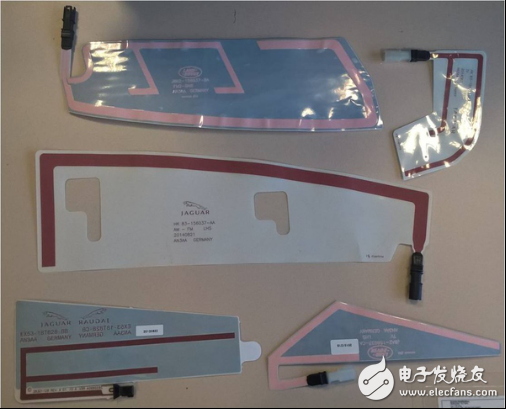 Although this is in line with the original intention of the designer - to achieve perfect signal reception without affecting the shape of the vehicle. But to a certain extent, such a design cuts the sense of presence of the car antenna system, and even sees it, who will take the initiative to pay attention to such an antenna? Of course, there is also a "small faintness" approach. This kind of antenna may have been seen by everyone, the so-called shark fin antenna. 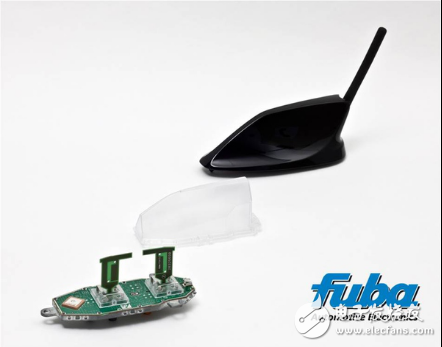 Such a design may bring a certain amount of space waste, but it saves a lot of time and expense for separate development, the structure is more sturdy, the maintenance is simpler, and the possibility of upgrading the car antenna system is retained. On the other hand, it is located at the top of the rear of the car and has a high degree of recognition.