One day on a certain day of the year, I received a weird courier. The courier was sent by LG. But I remember that I hadnâ€™t bought anything at that time. I called my main phone number and sent it to my home (since I was usually I was really scared that day with other mobile numbers, aliases, and company addresses. I really thought about whether it would be a bomb, so I carefully opened the door to express it at home. How, open turned out to be ~~~LG pocket photo printer? !

This is my friend's circle. 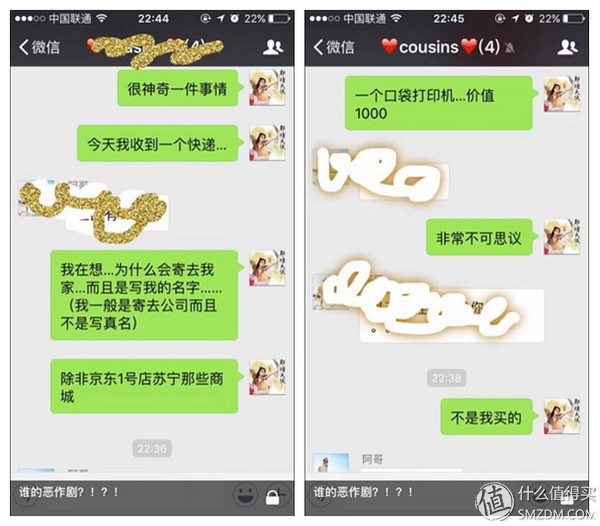 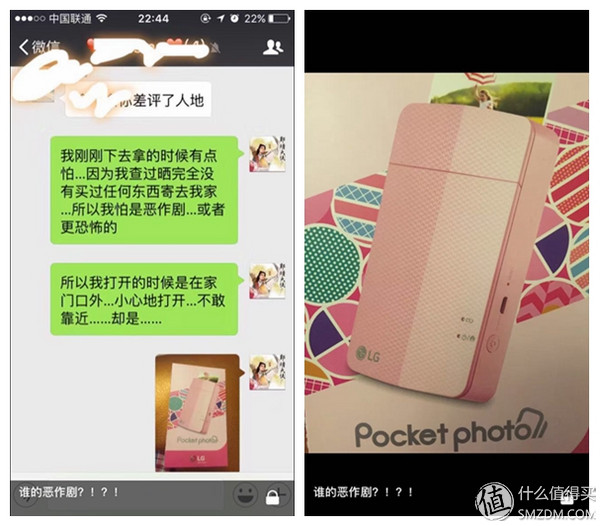 What happened to this?

In the end, I came to a conclusion that it was as if I had bought a LG TV in Qiangdong and it seemed to have seen LG TVs send this thing, but I could not find that homepage. ~~~~ Is this a gift from LG?

Well, until I waited for a while, I only opened it. Actually, I already had an old PD239, and I could just comment it together.

(Because of the products that have been measured, I will not elaborate on it.)

I bought the PD239 is a white version of the Korean version, because in the Taobao purchasing will be a lot cheaper, just bought a new (left PD239, right PD251, including the entire article of the picture is also such an arrangement) â†“ 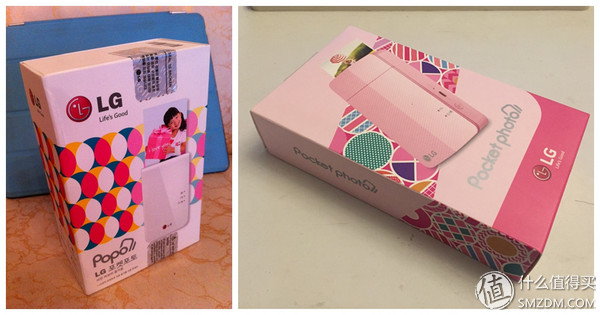 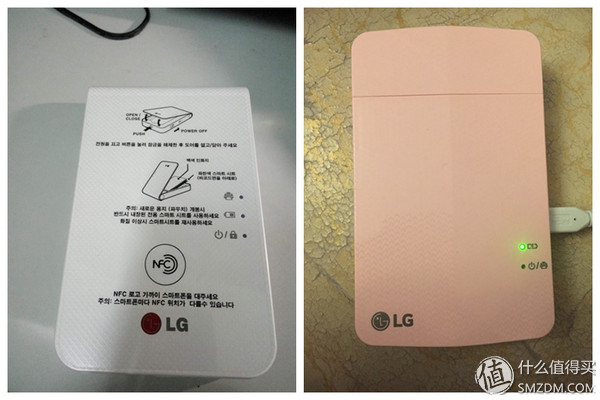 Yeah, right! There are instructions on the machine.

Let's take a look at the front buttons. 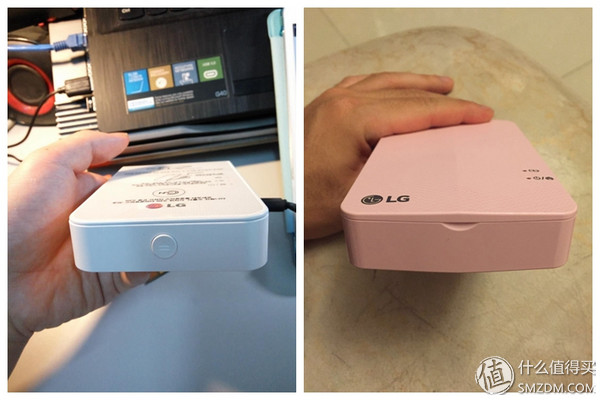 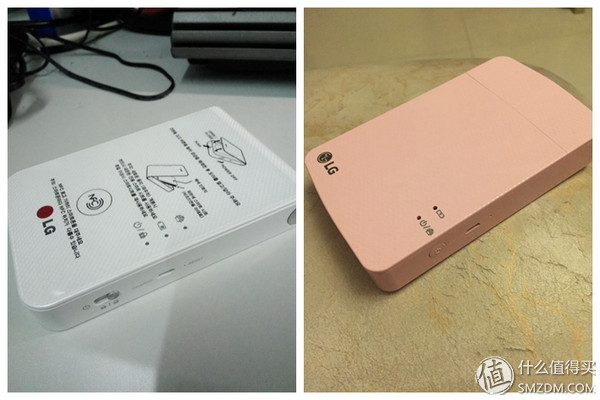 In fact, the side is the same, there is only one power button and a charging socket and a reset. Speak first pd239 (left), is toggle button, toggle the left is the boot and the lid is locked, the lid can not be opened, this is very safe to protect the inside from being disturbed when working; PD251 (right), is a direct button, It takes two seconds to power on, but it's not a good thing. I tried it, and even if I turned it on, I could uncover the lid. Or new models are not good enough for old ones.

Open the lid and let us see their inner structure 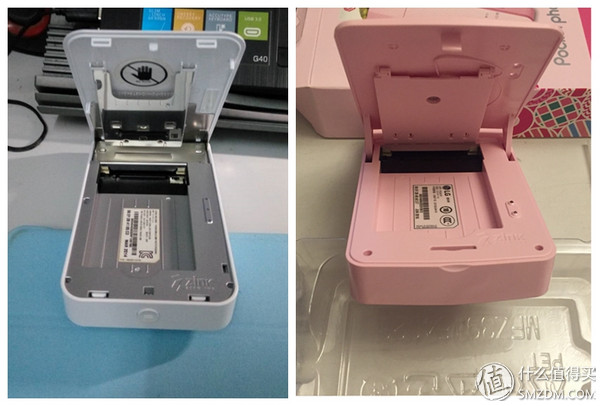 In fact, I do not understand how the old models seem to be tall on the internal organs, the new feeling of cutting corners ~ ~ ~? Pd239 viscera, alloy it? ! The feeling of metal is not as professional as pd251's plastic effect. Once I once suspected that this pd251 is just a model and cannot be moved. There pd239 warm tips, do not touch ~! Is it because the machine can reduce the price first to reduce the material?

The above is a rough description of the appearance. 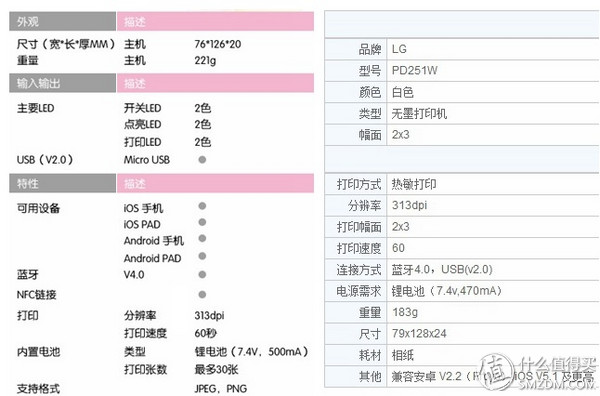 By the way, the pd239 series is a product of 2014, and pd251 is a product of 2015. From the point of view of parameters, the pd251 is a little bit larger, lighter (it should be replaced with plastic in the cover, the battery capacity is reduced, etc.), reducing the NFC function, as if there is no difference (the most important The rate hasn't changed yet...Â·Â·Â·Â·Â·

By the way, it may be due to the simplification of the body, so the price is also cheaper than the previous generation. This is a good thing. The more money you add, the lower the price will be for the people (compared with the objective price of East). 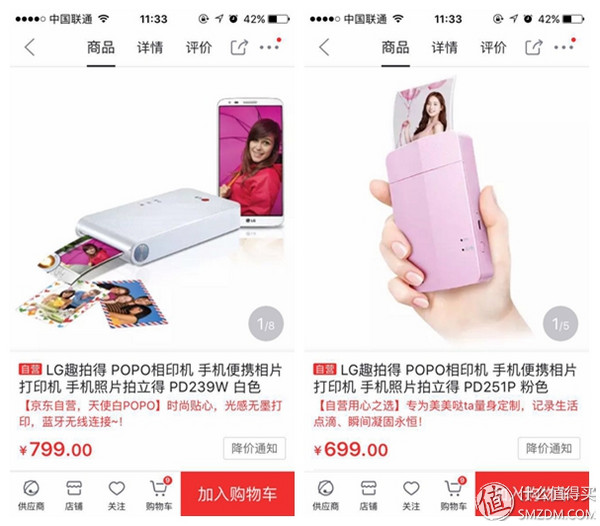 Also choose LG ZINK printing paper. Zink means zero ink, 0 ink, according to my understanding, is through the thermal change of the crystal structure inside the photo paper, and finally the formation of color patterns. This is indeed very advanced technology, but also very convenient, but in fact it is not what we imagined? 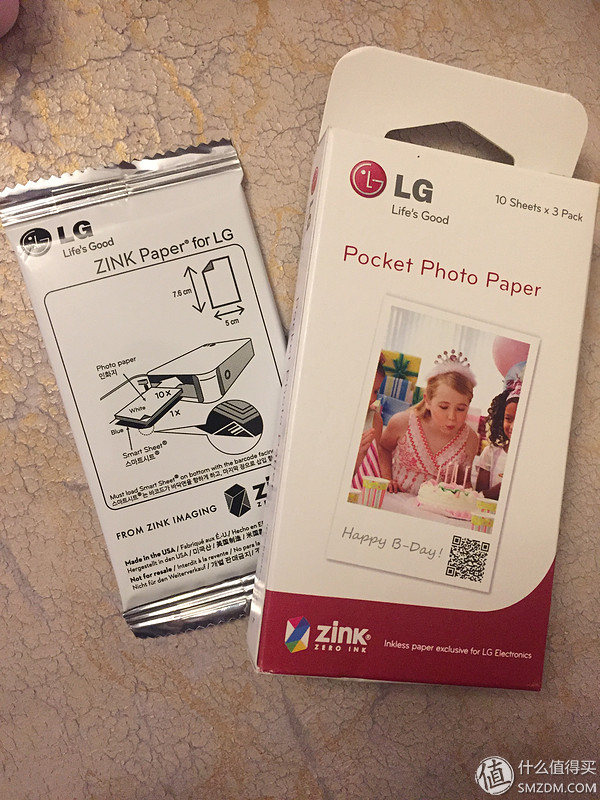 Photo paper is not cheap Yeah, I would like to buy almost 100 pieces at a time, to a little price reduction, an average of 2.5 yuan a photo paper, ah, in fact, and Polaroid almost the price, are about 3 yuan. The photo paper is a pack of 10.

But before I wrote it, I opened a box of new ones. There was a strange smell of glue. Was it too long? However, the fact is that the shelf life is not indicated, or it may have been opened once it has a taste.

Third, the actual use of contrast

(Unfortunately, the pd239 was lent to a cousin a week ago, and the contrast is not ideal.)

Pd239 has been for two years now, because the photo paper is more expensive, there will be selective, purposeful printing, resulting in some of the remaining photo paper has been placed in the printer, or the bag opened. About half a year to a year have not touched, found that the photo paper is yellow, and printed out is also yellow. Sorry, then immediately discarded or printed some of them out, did not leave the background for you to see.

However, here I can show you a few photos that have been printed for more than 1 year. 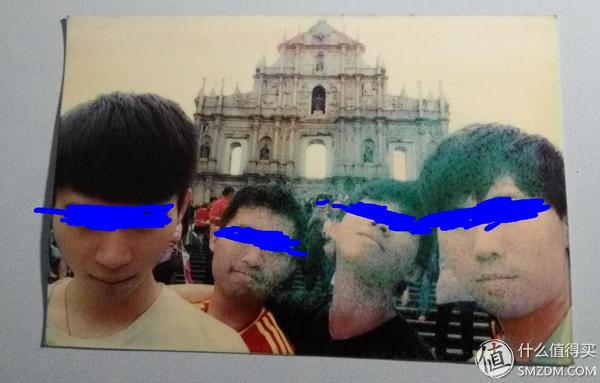 This one is a cousin in the wallet, not using a filter, but it is really formed by the manager's catalytic time, looks very old, the picture is yellow. 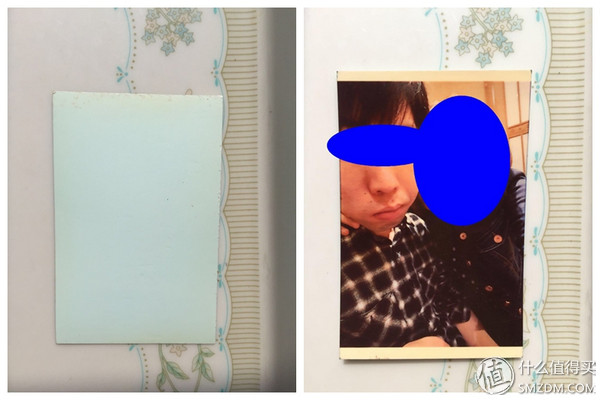 This one is also in the wallet, the back is a bit yellow, the front and back white lines are yellow, and the skin is also yellow ing ~~~ 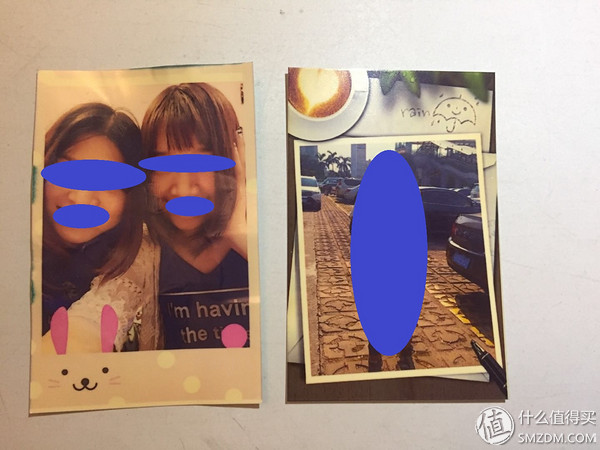 The left side is really placed on a product that is not well-preserved and has been subjected to moist dust. The right one looks better because it is sealed in the album, but it is also yellow.

These are all visible after years of baptism. Photographic papers are convenient, but shortcomings cannot be effectively preserved.

Then, we print a swatch that a website often uses to demonstrate clear contrast. 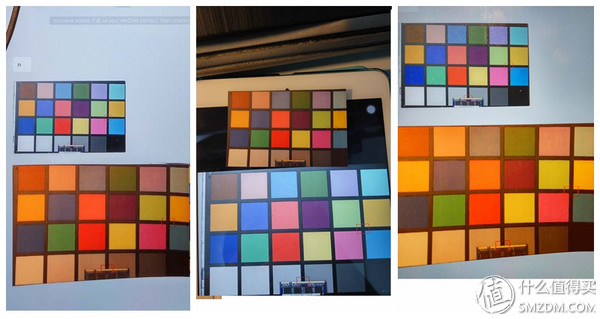 â†‘ Because I can't take photos of two printers in the same scene, I tried to compare it with the original image of ipad and found that the color of pd239 is warm (it always feels) and it looks like the red effect. There is no bright color as the original image. . 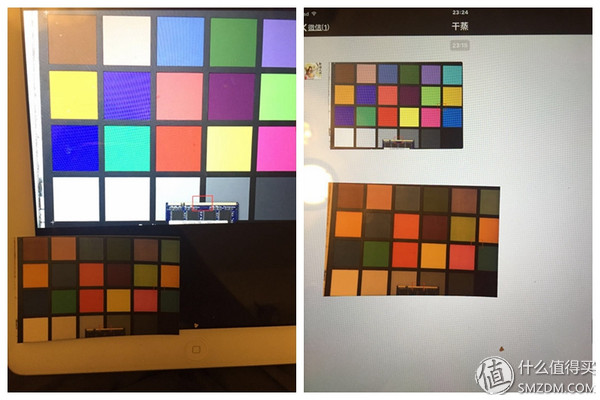 The color is relatively close, although it is also a warm color, especially when I look at the blue when the naked eye is biased towards purple, it is not as bright as the original picture.

This results in a photo printed with pd251 that is comparable to a sunny photo without the warm feeling of sunlight. 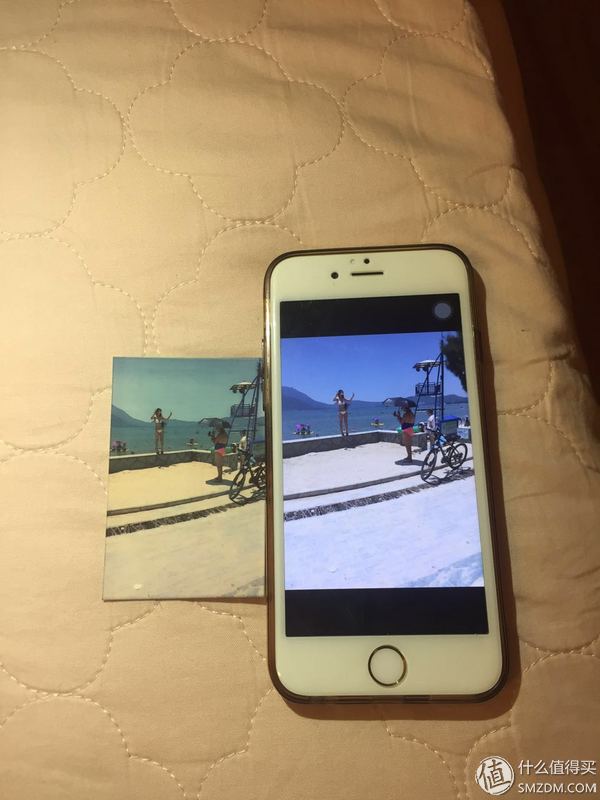 The sun beach and bikini are so ruined ~

However, this comparison has always been inaccurate. At last, I was only able to find the only pd239 photo paper (later) left at home. The trouble is troublesome. I have to admire every photo for my mother. I really admire it. Your own perseverance ~ â†“ 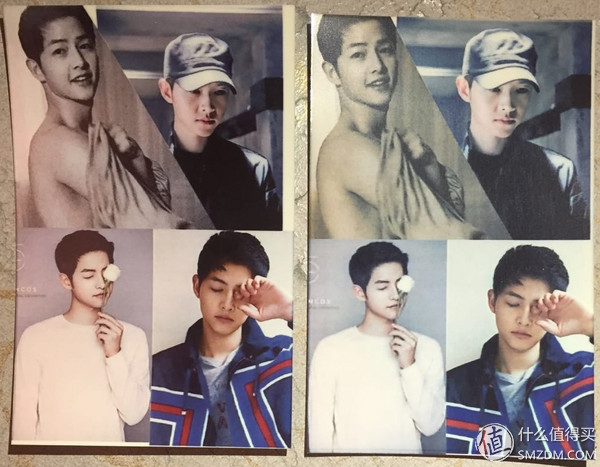 â†‘We exclude two pictures with different colors and sharpness on the left, and compare them from the two on the right. Since the right side is basically the same one, the effect of the picture may not be clear. When viewed with the naked eye, pd239 (left) will be biased. Warm, pd251 (right) will be cold. If this is the case, generally speaking, we prefer to choose warmer colors.

Of course, this cannot be explained by only one picture. After all, this requires a lot of picture color comparisons to be able to compare in detail.

The new weight has been reduced (and there will be no obvious feelings). Experiments have been conducted by reducing body materials, battery reductions, etc. However, for us who carry the Charging Booster every day, this is really nothing, and it will rarely happen once. Print more than 10 out. It is indeed a good thing to reduce the price from the perspective of cost savings. A bigger reason may be to cancel the nfc module, which is actually very convenient via Bluetooth. So the first point is generally cheaper than the old ones;

This view is more subjective, I think the new looks better than the old ones;

Printed color clarity, etc., can not be said to be much better than the old, there is no obvious progress, so it can only be attributed to shortcomings, especially the color is still warm, at least in most cases is the same, although you can adjust the photo to solve for the average person Say, of course, how to make a photo on the phone, but how to print it out, but the effect of printing out is just like the general, then it can not be accepted. For this reason, whether it is pd239 or pd251, I suggest that everyone is best to use It is more suitable to print big photos;

In order to save costs, it is a lot easier than the old ones. In particular, I don't like the lock key. I should also lock the photo paper cover when it is turned on. This is a step backwards. (Of course I also think that manual unrolling is not without the old one. Section keys uncovered);

This is the last thing that can be discovered through time. It is the problem of yellowing. The yellowing of photo paper is serious. It can be completely yellow in six months to a year. This is unfavorable to save. If you are a purse changer, you have no problem. But if you are planning on keeping it forever, you can just take a photo and print it.

In the end, thank you for your support~~~