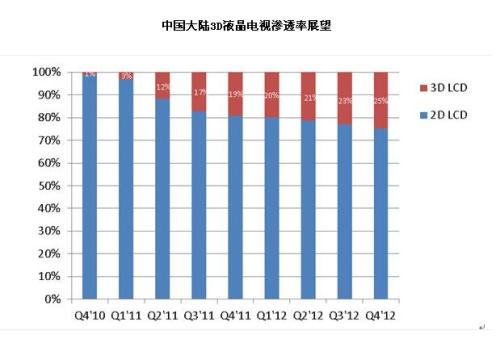 According to NPD DisplaySearch's observation on the sales of LCD TVs during the New Year's Day in the Chinese market, it is estimated that the sales volume of LCD TVs will be 1.8 million units in three days holiday, which is approximately 11% higher than that in the same period of last year and basically stable. Growth, but slightly lower than the 15% growth expected by the original vendor. The main reason is that the subsidy policy ended before the end of 2011, and a relatively concentrated part of the year-end holidays including Christmas, New Year's Day and the Spring Festival diverted a considerable part of the consumption of New Year's Day LCD TVs.

This year's New Year holiday features obvious. The first is that 3D TVs have been on the hot spot since the first 3D channel in China began broadcasting on January 1st; followed by cloud TV continues to be a hot spot; Demand for Grade 2 and 3 prefecture-level cities has grown significantly; such as 39â€, 48â€, and 43â€ etc. The new size tested the water and reacted enthusiastically; and the share of foreign brands shrank slightly.

On January 1, this year, the first 3D channel trial broadcast by China Central Television was the first time that Chinaâ€™s first TV 3D channel landed. Chinese domestic first-line local manufacturers fully grasped the opportunity to demonstrate CCTV's 3D channels at the main stores in the first-tier cities, actively promoted 3D flat-panel TVs, and discouraged consumers from buying 3D TVs without the concerns of 3D content. In addition, Chinaâ€™s domestic media have conducted extensive publicity on CCTVâ€™s 3D pilot broadcasts so that when a large number of consumers purchase color TVs, whether they have 3D capabilities is a major factor in buying. As a result, the already popular 3D TV has been further pushed to its climax, and 3D has also become a new bright spot that boosts TV sales growth. In major cities' stores during the New Year's Day, the penetration rate of 3D LCD TVs in retail terminals is even as high as 40%, and the penetration of overall 3D LCD TV shipments is expected to exceed 20% in the first quarter of 2012. NPD DisplaySearch pointed out in the Quarterly Advanced Global TV Shipment and Forecast Report that by the fourth quarter of 2012, the penetration rate of 3D LCD TVs in mainland China could reach 25%.

Cloud TV continues to be a hot spot

Since the middle of 2011, Cloud TV has continued to become a hot topic for domestic first-tier brand manufacturers. Chinese brand manufacturers such as Haier, Hisense and Skyworth have all innovated in cloud TV control interfaces, including gyroscopes, tablets, and somatosensory devices. And voice control and other control methods; in the cloud TV, such as games, online shopping, communications and other related applications, especially in the video-based seven network TV operators are very diverse, which greatly stimulated the consumer's buying enthusiasm .

As the first batch of pilot rural-to-rural home appliances to rural areas was closed at the end of November, the home appliance replacement policy for cities was also closed at the end of last year. A considerable number of consumers rushed to buy home appliances before the end of the subsidy policy, which resulted in major home appliance stores. And brand manufacturers have to advance the past New Year's Day promotions to Christmas. Therefore, this year's New Year's Day holiday, the flow of passengers in the central city and first-tier capital city appliance stores is relatively stable, but the sales growth in the second and third grade counties is significant.

First-line local brand manufacturers, such as Hisense, Skyworth, Konka, TCL, Changhong, and Haier, have invested in new-size panel TV products. Especially for 48â€, 39â€ and 43â€ products, in major city stores, brand manufacturers often use these new TV size specifications as the â€œ+1â€ or â€œ+3â€ promotion concept and place them in the top right corner of the TV. Significant yellow markings to distinguish between old and new size products, which are slightly higher than the competition size of 10-20% in terms of pricing, and with the active promotion of manufacturers, consumers seem very happy to accept these new sizes.

The slowdown in the growth of market demand for central cities and first-tier cities, combined with the success of local companies in marketing such as 3D and cloud, has caused the market share of foreign brands to shrink during the New Year's Day.

Judging from the active purchasing of the panel makers in mainland China in November and December and the shipment status of the entire machine, mainland China flat-panel TV brand manufacturers still have full confidence in the upcoming Spring Festival (January 22-28) sales. In addition, benefiting from the general breakthrough in the performance of local brand manufacturers in 2011, China's color TV companies will continue to actively promote Christmas and New Year's Day from last year's 11th National Day to the Lunar New Year, with a view to achieving the 2012 new year performance. ".

NPD DisplaySearch predicts that LCD TV shipments in Mainland China will reach 44 million units in 2011 in the Quarterly Advanced Global TV Shipment and Forecast Report, and continue to expand in the rural market in 2012. With the stimulus of size and new specifications and seasonal promotions, it is expected to maintain a high growth rate of 51 million units with an annual growth rate of 15%, indicating that mainland China continues to be the largest and most watched LCD TV market in the world.

For the Curved Led Screen, if you use the traditional horizontal led module that can take a lot of  problems such as large seams, the Curved LED screen screen cabinet body arc is not smooth, cannot adapt to large arc situations. Therefore, in order to ensure that, we would like to use the vertical led module to achieve better smoothness on the surface, and easy to assembly into a large arc curved Led Screen. 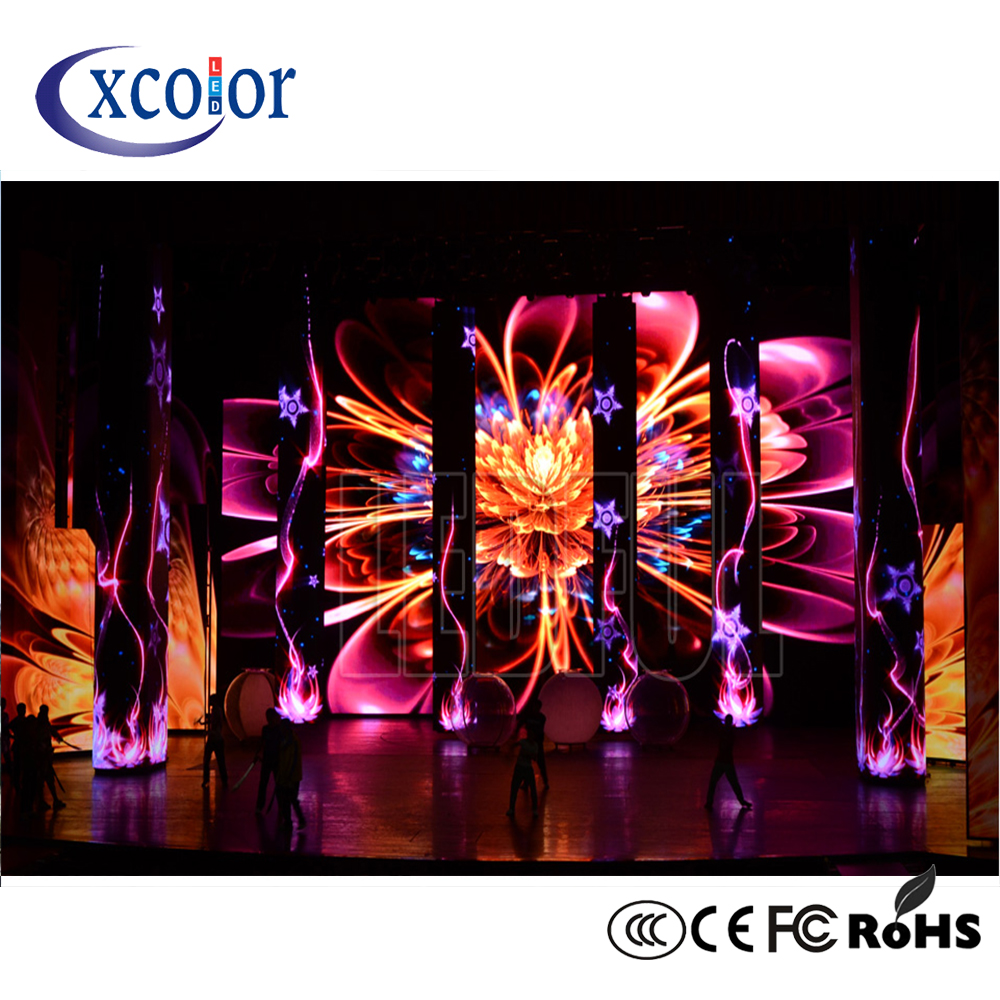