September 12, 2019
[Southern Metropolis Daily reporter reported] Energy conservation and environmental protection policy measures introduced and LED TV, wall curtain and other technologies to rapidly upgrade, making the LED industry leaps and bounds. The data shows that in 2011, in the upstream of the LED industry chain, only one part of the "packaging", the growth rate is as high as 50%. But in the industry's view, half of the LED industry is flame, and half is seawater. Earlier, due to shortage of funds and other issues, it was rumored that many LED companies in Shenzhen had closed down, and due to excessive blind investment in the previous period, the production capacity of the entire industry was overdone, and the winter has already arrived.

On December 8th, the â€œG20-LED Summitâ€ hosted by Gaogong LED Industry Research Institute was held in Shenzhen, including dozens of large-scale large-scale companies such as Tsinghua Tongfang, Ruifeng Optoelectronics, Philips Lunmileds, Samsung, Hongli, Sanan and Guangyu Lighting. LED business leaders gathered to discuss the "winter" good strategy and promote a series of innovative cooperation measures within the framework of the summit to regain confidence in industrial development.

Industry reshuffle but "winter" is not too cold?

Although the momentum is strong, but a funding crisis, it seems that the LED will be pushed into the cold pool. Earlier, the boss of a certain LED company in Shenzhen with annual sales of just over 100 million â€œrunning the roadâ€ quickly triggered a shock in the industry. Gong Weibin, general manager of Ruifeng Optoelectronics Co., Ltd., a listed company in Shenzhen, revealed that â€œthe companyâ€™s blind expansion has led to a serious overcapacity. As a result of the problem of funds, it will be defeated.â€

"Now the price of LED products has fallen sharply, and the profit margin has dropped from 30% to 15%-20%. It is time to test the internal strength of the company." Gong Weibin said, "However, the current upstream and downstream profit margins of LEDs are still good. 'Itâ€™s just an individual phenomenon. Everyoneâ€™s expectations for this industry in the early stage are too high, so thereâ€™s something out there thatâ€™s over-exaggerated.â€

In fact, industry people are more eager to achieve the goal of industrial integration through shuffling. "The collapse is not terrible, and the industrial space is very large." Zhang Xiaofei, director of the High-tech LED Research Institute, said, "The industry reshuffle will definitely eliminate a large number of small enterprises with small scale and lack of technical strength. After they collapse, the remaining equipment. Talents, etc. will flow to large-scale enterprises."

It is understood that although Shenzhen has gathered more than 1,300 LED companies, the total registered capital is only 5 billion yuan, and the ability to resist risks is rather weak. In addition, some data show that Guangdong's LED industry has doubled its industrial output value last year and is expected to double this year. However, the rapid growth of scale should bring about an increase in profits, otherwise it will be surplus. "According to our estimation, if the LE D product market penetration rate is 90%, and the annual rate is 30%, it is too slow. So 50% growth rate is nothing, 100%, 200% It is not too much. The key is whether the profit is 50% or 100%. The growth of 30%-50% is not the development speed of LED. It can be said that it is a position in the early winter to the deep winter of the LED industry." Zhang Xiaofei said.

"In fact, the current situation is like a child shouting 'starving', but is it really 'starving'?" Wang Lianghai, general manager of Tsinghua Tongfang, believes that people outside the industry are not familiar with the business, but This is a public misunderstanding. Enterprises should look at the problem calmly and seriously think about countermeasures.

For the export-oriented LED companies, the recent financial turmoil in Europe and the United States makes them feel the cold wind. Zhang Xiaofei said that the US electricity bill is low and there is no awareness of energy conservation, so the market is not big. However, the electricity tariff in Europe is very high, the penetration rate of the LED market is very high, and the scale is very large. "The European debt crisis has already affected the export of enterprises. This year, the export growth has slowed down noticeably. The economic situation in the next year will not be much improved, so it is not so much. Optimistic, so some companies have targeted growth targets in the domestic market."

However, companies are counting on "internal demand" to pull, and prices have become a roadblock. Southern reporters observed that the current market retail 5-7 watt LED lights (light efficiency equivalent to 40-60 watt incandescent lamps, 10-15 watt energy-saving lamps) prices are generally more than 100 yuan, some well-known brands up to 200 yuan. Although the LED lamp is the most energy-efficient and has the longest life, the price of the LED lamp seems to be unacceptable in the face of every three or four yuan incandescent lamp and about 15 yuan per energy-saving lamp.

â€œThe terminal market price is too expensive, and the degree of consumer acceptance is quite limited.â€ The LED products of Shenzhen Juzuo Lighting Co., Ltd. are mainly exported to Japan and Europe, and are currently planning to go public. The general manager of the company, Xiao Ling, told the Southern Reporter, â€œ We mainly produce end products, and there are sales in large supermarkets in China, but the effect is not satisfactory, mainly because the product cost is too high and the price is high.â€ That is to say, the LED industry is in a stage where the upstream and downstream are not parallel, and the upstream is fast. Development, but the gap in the downstream has not been opened.

Is price reduction feasible? Zhang Li, the person in charge of Xinli Light Source, said, "At this stage, technological progress is still driving down product prices, and it is not a pure price war. If it is a pure price war factor, it should be a low-quality product. At this time, it will not be integrated into the market. There is an opportunity for cost reduction."

Xiao Ling hopes that the government will give a certain amount of financial subsidies. "The only way to reduce costs is to promote promotion and popularization."

LED industry is busy with self-redemption

Under the background of mixed products and products, the G20-LED Summit decided to jointly launch the G20-LED Product Specification Working Group. Zhang Xiaofei said that the purpose is to let more companies understand and participate in the development of the rules of the global LED industry development.

At the same time, in order to deal with foreign patent technology barriers, the member companies of the summit also decided to jointly fund the establishment of a global LED patent map working group. The working group will analyze, process and organize the core patent information of the global LED industry chain in stages, and finally draw into LED patent maps. By analyzing the number of approved patent applications, each country, company, inventor, patents are cited, and the technical life cycle and other patent statistical analysis information is compiled into charts for the members of the working group to share.

Garden Lamp is a kind of outdoor lighting lamps and lanterns, usually refers to the outdoor Road Lighting lamps and lanterns below 6 meters.The Garden Lamp is characterized by its diversity, beauty and decoration environment, so it is also called landscape courtyard lamp.Slow lane, narrow lanes and is mainly used in city residential areas, tourism scenic area, outdoor lighting, park, plaza and other public venues can prolong people's outdoor activities, improve the security of the property. 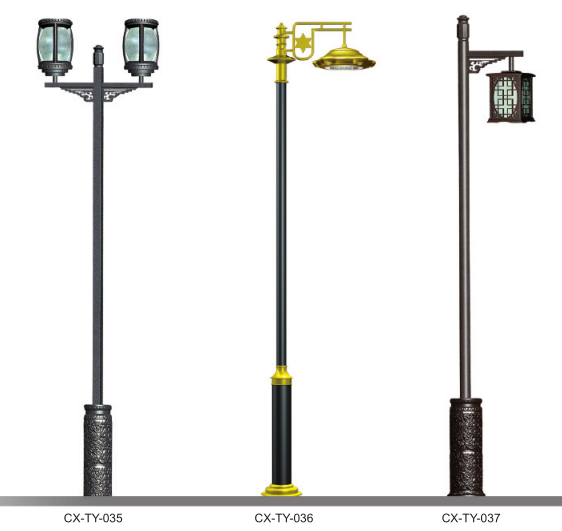 The Garden Lamp has many styles, each style has its own unique name.For example, Water,Moon,Diamonds,Lucky and UFO, these garden lights are not only elegant in name, but also artistic and elegant in appearance. 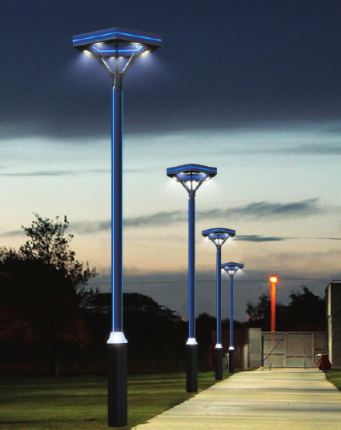 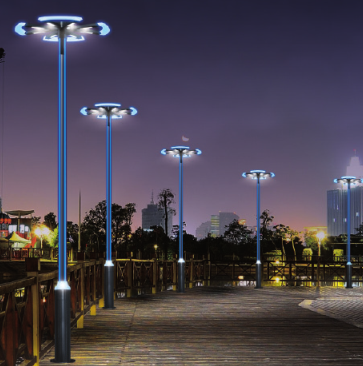 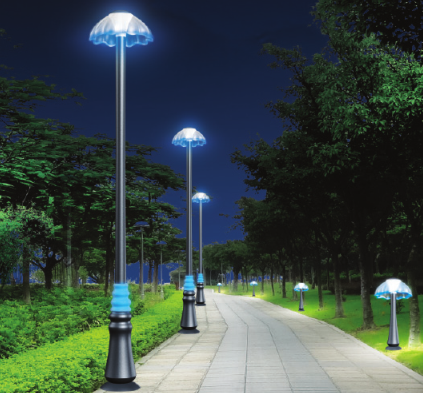 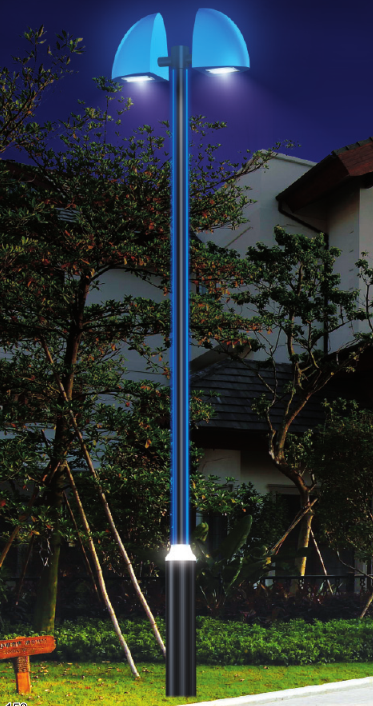 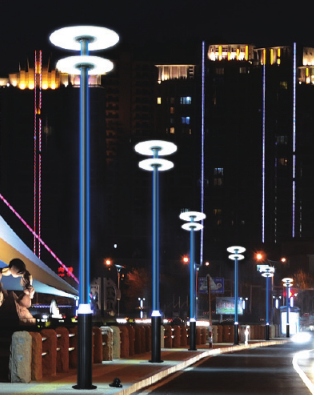