From December 9th to 10th, the 2011 High-tech LED Annual Conference was held in Shenzhen Qingqing World as scheduled. The most exciting moment is the "2011 High-tech LED Annual Awards Appreciation Evening", which was staged at 19:00 on the evening of the 9th, and was called the "Oscar" ceremony in the LED industry. After nearly two months of selection, the major awards. It was announced one by one that night. 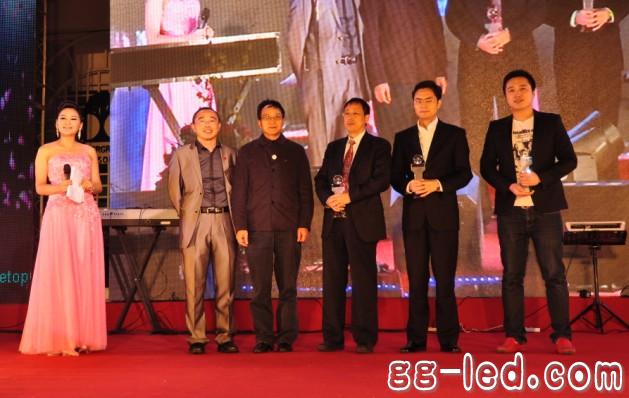 The right one is the representative of Dehao Runda

The jury believes that ETi "air duct" series of LED bulbs have multiple pore designs, which form a "duct" heat dissipation channel, which intelligently solves the problem of LED heat dissipation; the design is different from the shape of ordinary bulb hemispheres, and extracts traditional Chinese lanterns. The shape is more like a craft.

As Wang Donglei, chairman of Dehao Runda, said, LED solves not only the problem of lighting, but in the near future, LED is a highly creative art that can be tailored.

As one of the world's three largest home appliance manufacturers, Dehao Runda entered the LED field in 2009, "to do LED as a mentality of electrical appliances", determined to be in the era of LED lighting.

We disign and manufacture Linear Actuators for  Medical Care, such as Medical Chair

The Linear Actuator for  Medical Chair with heavy load, where strong force is needed. It is very quiet, and strong.  Hall sensor for position feedback is available.

We disign and manufacture Linear Actuators for Message Bed.

U2 is the linear actuators which is widely used for medical care.